‘We need to do this’

‘We need to do this’ 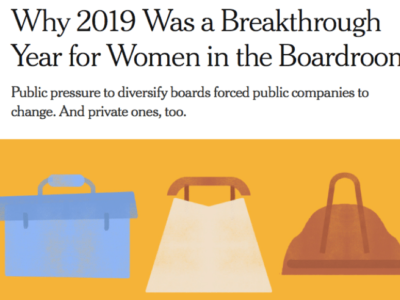 “I think that we’ve hit a moment in time where they are saying, ‘We need to do this,’ and we’re giving them the tools. It has taken off faster than we thought.”

“KPMG also found that for more than half the women who joined all-male California boards in 2019, those board seats were their first, evidence that the law had worked to broaden the candidate pool.”